Sajama, Bolivien - Sajama, Bolivia
Bolivia is a land of many faces, fascinatingly beautiful, exotic, colorful, where indigenous cultures flourished and the Spaniards left deep marks. The lofty mountain giants, the majestic and attractive Sechstausener in the Cordillera Real and the volcanoes on the Altiplano will inspire you.
In addition, you'll discover La Paz and Lake Titicaca as well as great Inca sights on this interesting and challenging journey. With our sophisticated travel program and optimal acclimatization in the Condoriri massif we are well prepared for the ascent of the big six thousand meter peaks. These are technically comparable with a high tour on a four-thousanders in snow and ice, but require due to the considerable height and the extreme climatic conditions the complete climber. An unforgettable adventure for ambitious alpinists interested in climbing higher altitudes.

Your benefits at a glance

- Easy arrival by scheduled flight from Zurich to La Paz
- Long-term cooperation with one of the largest and most renowned mountaineering agencies in Bolivia
- six comfortable nights in double rooms in La Paz and two nights in Copacabana for acclimatization and relaxation
- A tent for two participants in the high camps
- Proven and highly reliable local team
- state-of-the-art safety equipment such as B. Satellite phone for emergencies is a matter of course
- proven expedition pharmacy with the necessary medicines for any height-related emergencies
- Guided tour by patented professional mountain guide IVBV and snow sports instructor with federal certificate
- Comprehensive area knowledge of the organizer and the mountain guide
- small groups with individual care
- Great experience in Bolivia with numerous successful summit ascents 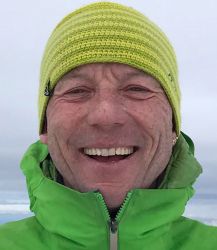 
Per person, all inclusive with at least 6 participants.

Experience in summer mountaineering, safe and independent crampons, very good condition, stamina and team spirit are in demand on this trip. This trip can also be taken as a trekking trip without summit ascents, as we always come back to the starting points.

Registration is mandatory until November 30, 2022.

The following itinerary is a general information about the approximate course of this trip, the definitive program depends on the weather, the snow and glacier conditions as well as the constitution and performance of the participants. These factors also determine the success of this exceptional company.

1st and 2nd day: We take a scheduled flight from Zurich to La Paz, the capital of Bolivia. On arrival on a normal autumn day, we are immediately surprised by the incredible distance, which is often over 200 km. The cool and fresh air feels good after the endless hours in the cabin's air-conditioned cabin air. The airport of La Paz is located in the city of El Alto at 4100 m and is the highest international airport in the world. After a 30-minute drive into the valley of La Paz we reach our hotel. Here it means above all, to take it calmly and calmly, because the unusually large height will certainly give us something to do. We use the afternoon for a first leisurely walk in the city.

Day 3: Drive to the ruins of Tiwanaku. On the way to this monument, one quickly understands the importance of Lake Titicaca for the origin and life of the various Andean peoples. Surrounded by desert-like hills and snow-capped ice giants, Lake Titicaca offers and offers a mild climate and productive land. Tiwanaku was once a port, important ceremonial cult center and trading metropolis. After an instructive visit to the ruins and the museum, we drive back towards El Alto and on to the south shore of the lake. Drive to Copacabana, past Aymara villages where people have kept their traditional lifestyles. Overnight in Copacabana at the hotel.

Day 4: Crossing by ferry to Isla del Sol. Hike over the entire island, where we can marvel at the still-used terraced fields of the Incas. At the northwestern end of the island we visit a sacred rock, which is considered the birthplace of the first Inca Manco Kapac and Mama Okllo, son and daughter of Viracocha. We also pay a visit to the ruins of Chincana, the labyrinth. At the end of the day, the bravest can enjoy a bath in the 10-degree-warm lake! Full of moving impressions à la America del Sur we return to the mainland back to Copacabana to our hotel.

Day 5: Today we finally go to the Cordillera Real, to the mountains we could only see from a distance. After a three-hour drive we reach the beginning of the Anmarschweges in the Condoriri massif. There the mules wait for us to transport our luggage to our base camp on the shore of the idyllic lake Chiar Kota (Dark Lake) at 4650 m. One of the innumerable peaks in the area stands out during the approach: the Condoriri, whose summit has the shape of a condor with wings wide open.

Day 6: Our first Andean summit is called Janchallani, 5396 m, also known as the Austria Peak or Cerro Negro. This easy trekking peak usually offers no difficulty and is climbed via moraine and light rocky slopes. All the more impressive is the view of the mountains of the Cordillera Real.

Day 7: We use this day for further acclimatization and to check and repeat our crampons and alpine technique on the Tarija glacier.

Day 8: One of the most beautiful peaks in the region, the Pequeño Alpamayo (5370 m high and named after its great Peruvian model) is our destination today. After climbing through the valley and traversing the glacier, we reach the summit Tarija Peak at 5290 m, from where the short descent over loose rocks in the pass and the steep and exposed climb to the summit. With this tour our acclimatization is completed in the Condoriri massif, now we are prepared for the big mountains!

Day 9: Descend back to Tuni Condoriri Lake where our drivers await us to drive us to the Zongo Pass. The valley in the ascent to the pass has some artificial lakes for power production, but our view will mainly apply to the impressive west wall of the Huayna Potosi.

10th day: After organizing and assembling the loads for our high beam we start the ascent to the Rifugio Campo Alto Roca at 5130 m at the Huayna Potosi. The path follows moraines and rock faces on the east side of the mountain and offers a beautiful hike in alpine surroundings.

Day 11: Today starts early with a fortifying breakfast. Then we march over the glacier, past crevasses and over steep snow and ice flanks to the summit pyramid. There, depending on the conditions, we choose the path over the north ridge or the east wall to the summit of the 6088 m high Huayna Potosi. The view over the mountains of the Cordillera Real and the Altiplano to Lake Titicaca will take our breath away! Descend back to Rifugio and continue to Zongo Pass, then return to La Paz and overnight with shower in the hotel.

Day 12: Rest day in La Paz. We will visit the city as we wish. Casa de Murillo, Santo Domingo Church, Plaza Murillo and the Cathedral are some of our stops. The colorful india market on Calle Sagárnaga is one of the most fascinating in South America, and the most beautiful street in La Paz, Calle Jaén is a must during our visit.

Day 13: The drive from La Paz to Pinaya is an experience in itself. After leaving the city in the southern foothills, we cross the Animas Pass, from where we enjoy a breathtaking view of the Illimani. After descending into the Palca Canyon we drive along steep slopes and deeply eroded valleys up to Pinaya. After loading the mules and a lunch, we climb through the village and through grassy slopes to our camp in Chapoco at 4450 m.

Day 14: After breakfast and distributing the loads for our high beams, we follow the striking trail along the west flank of the mountain. On the ascent we encounter the remnants of the road that once led up here. After reaching the rock head of Mankiri we continue to the high camp Nido de Cóndores at 5500 m. This high camp offers a fantastic view of the further route, the hanging glaciers of the Illimani and La Paz.

15th day: After breakfast we leave our high camp at 3 o'clock, but sooner later than most other mountaineers. Our experience has shown us that with the later departure we are less in the freezing cold, which increases the chances of a summit success. The route leads us for the time being along the same ridge, which we climbed the day before. Then we traverse the glacier, climb over crevasses and steep, still deeply frozen flanks to 50 degrees in the pass between the south and middle summits. From there a long ridge leads us to the southern summit, the highest point of the Illimani. The efforts of the ascension are rewarded with a breathtaking view. Descend back to the high camp and continue to base camp Chapoco.

Day 16: After a long and exhausting day on the summit, a relaxing day follows, with a hike back to Pinaya and the drive to La Paz. The view back to the summit and the renewed drive through the wild Palca Canyon will once again captivate us pull.

Day 17: Rest day in La Paz and preparation of our last big mountain tour to the highest peak in Bolivia.

Day 18: A leisurely drive through the Altiplano brings us to the Sajama National Park. Once again, mules help us transport the loads to the base camp at the foot of the west wall. The climb to the camp is through a narrow valley, surrounded by the highest forest in the world with trees named Keñuas (Polilepsis Tarapacana). The camp is near the only drinking water source in the area.

Day 19: The high girders help us to transport our equipment to the high camp at 5700 m. The path leads over moraines, boulders, sand and ash to the few flat spots on the north ridge, where a tent can be set up. Before setting up the tents, we may need to mend the platforms a bit. Although the campsite is well protected by a rock spur, but often blows an unpleasant wind.

Day 20: After another early start, the trail leads over the last sandy and scree slopes. After the dawn of the new day and after overcoming the only really steep part of the tour we reach the glacier. Slowly but steadily we gain height. Depending on the circumstances, we must fight with the so-called Penitentes, unpleasant kissing rice, which can make the ascent to a difficult march. Only at the two prominent, over 6000 m high neighboring Payachatas (twins) can be estimated the height gain. And then we made it, we stand on the top of the Nevado Sajama, with 6542 m the highest mountain in Bolivia. The summit is as big as a football field, but you only realize that you are standing on the summit when the slope on the other side dips into the valley. Normally it is so cold that you can enjoy only a few minutes on the summit, then it's back to high camp and directly on to the base camp and to the thermal springs of Manasaya.

21st day: After a last relaxing bath in the thermal springs with unforgettable views of the Sajama, Parinacota and Pomerape we drive back to La Paz. In the evening we enjoy together with our local mountain guides a dainty dinner at the end of this trip.

22nd and 23rd day: Return flight to Switzerland, arriving in Zurich during the Sunday afternoon.